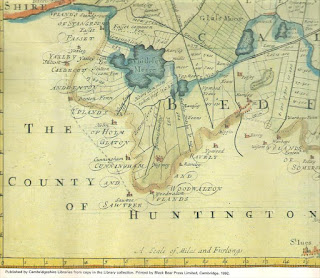 I will be installing a new wall based drawing at METAL Peterborough on 17th and 18th Sept. As a temporary intervention this site specific piece will focus on my research of Whittlesey Mere and its subsequent draining. Seen here in John Bodger’s 1786 Map Whittlesey Mere was once Southern England’s largest inland lake. It stretched about three miles east to west and two-and-a-half miles north to south in the summer, while winter flooding could make it even larger. Until the 19th century it was a paradise for boaters and fishermen, teeming with wildlife all year round and used by skaters in the winter when frozen.